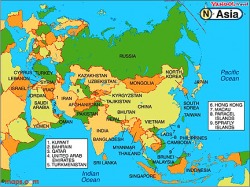 Asia is the most populated continent

Kids Around the World: Asia

Learn what life is like for kids in Asia by reading their interviews and viewing their pictures. 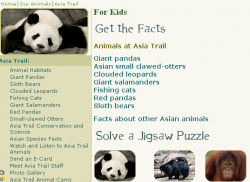 Learn more about Asian animals on the Asia Trail for Kids.  You can complete a jigsaw puzzle, watch animal clips, listen to audio clips, take a virtual tour around the world, view live animal cams and learn exciting things about Asian species.

Asian Children are just like you, they like to play games. Here are some popular Asian games that you can play with your friends. What is your favorite?

Catch the Dragons Tail
This traditional Chinese game is great fun for the playground. You will need a large group of children - at least 8, but the more the merrier!

The dragon's head then tries to catch the tail by maneuvering the line around so that he can tag the last player. All the players in the middle do their best to hinder the dragon's head. Don't let the line break!

When the head catches the tail, the tail player takes the front position and becomes the new dragon's head. All the other players move back one position.